Dominic Gilmour: From The Queen, the Rogue, & The Apprentice

'The shop was gloomy. Tables and shelves presented animals and figures, all frozen in a pose, each delicately carved from different types of wood. It smelled musty, of wood shavings and wax; the scent calmed him. Nothing stirred aside from the sawdust that swirled with each step. He browsed the shelves, admiring the craft of the objects around him, smiling. This is something I would like to do. To draw life out of a husk of wood, to take something one might toss onto a fire and then nurture it, cutting it into something worth treasuring.

One carving caught him. Unlike the others, this was no animal, but instead a tree, carved from a pale, white wood. It was no taller than his palm, but elegantly carved, the bark 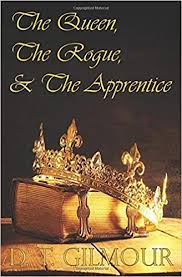 etched and branches thin. With a delicate touch, he brushed the branches, admiring their sturdiness. The irony of it was not lost on him, and he wondered why someone would go to the effort of it, especially considering the quality of craftmanship of the items around it.

He lifted it, weighing it in his hand, amazed at the weight of it. He returned it to its place and made his way around the store until he found himself at the counter. Behind it, a door stood shut, and Eder surmised that the owner was somewhere beyond. On the counter, a carving of an albino crocodile sat, jaws frozen open, its tail snaked behind it.

Eder leaned closer. Of all the items, this was the finest. The entire piece was just longer than his hand, each scale was meticulously etched, its spine made of delicate, defined ridges. Yet, what he marvelled at most was not the attention to detail of the piece, but its imperfections, the consideration of a life for the creature. Its tail was shorter than it ought to have been; it had an odd count of teeth, and a scar crossed its shoulder blade.

Eder stared in awe, yet wondered who would purchase an item that appeared imperfect. Would many appreciate the character of the item? He traced his finger down its spine, admiring the wood. It was soft, as though made of soft leather. Heat seemed to emanate from it. Drawing a fingertip across its top line of teeth, he wondered how long it had taken to create something of such detail.

The jaws snapped shut and he leapt back with a yelp, wobbling the carvings behind him; a couple toppled.

Ed stared at the crocodile. ‘Who speaks? Show yourself.’

The crocodile shifted, curling around itself. Speak with your mind, lest you wish to pay for the wares you have broken.'

Note that the copyright of all writing reproduced on this site, and on the Minuteman 365 and Vibe sites, remains with the authors, including finished work, drafts and outlines. 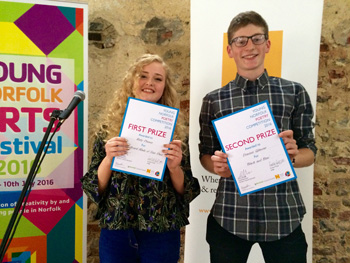 Dominic works full-time in the publishing industry while also working moonlighting as a freelance editor. In between these commitments he somehow snatches time to write whenever he can, both in verse and prose.

His poetry is often based on playful uses of language, whether contained in a phrase, whether a concept. From a scribbled line or two the verse builds in his mind until it can no longer be contained in thought but must be transformed into a completed text on paper.

With regard to longer works of prose, Dominic has completed a second novel and is currently working on his third, following the successful publication of his first, The Queen, The Rogue & The Apprentice.

The Road of Golden Stars

The Queen, The Rogue, and The Apprentice Amazon Page