Alice Noel: From 'A Place among the Pines'

When he was six, his favourite animal was the pine marten. He saw them once, on a documentary, and was delighted by their delicate, alert ears, russet fur and their ability to disappear. We thought it harmless curiosity—obsession seemed too dark a word to apply to a child, and so we watched, amused and adoring as he gathered facts to present at the dinner table, drawings which became more detailed and less child-like every week.

The garden of our old house backed onto the woods; there was no need for a fence, and so the border was a seamless step into the cool, soft darkness of the forest—a portal to another world, one filled with trees and hiding places, knots and wiry little bodies, flitting between the trunks. He began to spend hours there among the pines, first building a den, then watching, waiting for the martens to appear.

Five years later, the council started to cut the woods down on the far side. For the chance to create new properties—new opportunities—they said. One by one, they began to fell the trees, assailing his second world with their JCBs, their bulldozers.

It was then that my brother—now eleven—learnt the meaning of deforestation.

Outraged, he stopped sleeping. He couldn’t sleep, didn’t want to sleep; what if they cut down the trees when I’m not watching? He asked one evening, curled at the end of my bed, poking at the duvet. I told him about the protest being organised, that they were trying to stop the damage and get protection placed over some of the trees which had been standing there for hundreds of years. He crinkled his face, eyebrows furrowed in dissatisfaction before I pushed him off the bed, telling him to return to his own and to get some rest.

The next morning he announced he was going on hunger strike—if the martens couldn’t find food in their habitat, he wouldn’t eat the food in his. Our parents dismissed his solemnity, certain that he would be eating again by the evening.

“Martin,” our father tried to assert himself over my brother’s stubbornness, “if you don’t eat what’s on that plate, you’ll be going to bed hungry.” But Martin raised his head from the table, got up and walked away. Father’s anger stewed, each day he’d sit at the table, trying to get my brother to eat, as we watched his small frame get thinner, his young face more hollow, skin drawn over his cheeks.

On our way to school, we saw a group of protesters, blocking the entrance to the bulldozer depot. Martin slowed as we passed, taking in their signs—all capitals and colour, demanding the protection he also sought, for the woods he too loved.

When we came home that evening, mother stood in the doorway, a look of relief in her eyes.

“They’ve halted the work—the trees, they’ve stopped chopping the trees.” She embraced my brother, and I watched as they stood on our front doorstep, crying together.

Another three years passed, and the JCBs stood still, gathering dust, but never removed. My brother, now fourteen, spent more time in the forest than his room, savouring what he thought he had lost.

In the summer, an announcement was made on the local news.

“After three years of campaigning against the plans for the new Pine Estate, the environmental action group One Earth has lost their case to have some of the trees in the forest listed under protection rights.” I stopped in the living room, absorbing these words. “The deforestation will therefore continue in preparation for the building of the new housing estate.” I ran up the stairs, allowing the reporter’s last words to disappear behind me, as I burst into my brother’s room.

“Martin, they’re—” He wasn’t there. The radio, stacked upon camera boxes and night vision equipment, read the same announcements made on the television. The window opposite me stood open, curtains flapping in the light breeze. Through the gap and the glass, I could see the boundary with the woods, a dark line against the grass where the trees cast shade, marking their territory.

The above are the current members of the Firebird Writers' Group. All have contributed to the current Firebird anthology, Note that all writing on this site, including draft versions, is copyright.


From Alice Noel's 'Shiva' in the Resurgence anthology:


'We waited until you were dead before we emptied your house.

With your possessions sprawled across the floor, some gravitating into piles, it felt like the house of a stranger whose life I had watched parts of on a screen. All the mess made it seem like one of the craft days we spent there, painting and constructing anything out of everything. We waited out of respect, but perhaps also out of some impossible hope that you would recover and return to that house so life could go on, unperturbed by what this year had done to all of us.' 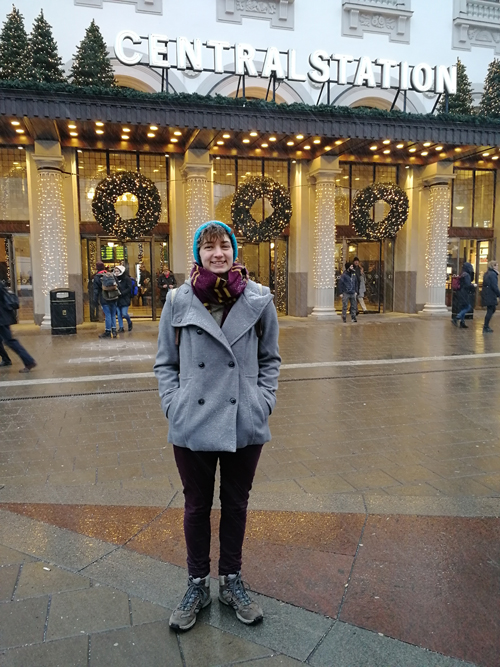 In 2018, she was long-listed in Storgy’s Shallow Creek competition, and in 2019 her story "Behind These Eyes" was published in the Shallow Creek anthology. Her entry in the 2016 Reader’s Digest 100-word short story competition received a special commendation and was published in a 2017 issue. During her time at the University of York, Alice worked for student publications such as Unknown Magazine and The Looking Glass Anthology and she has recently graduated with a degree in English and History.

As of October, Alice will begin studying for an MA in Creative Writing at Lancaster University.